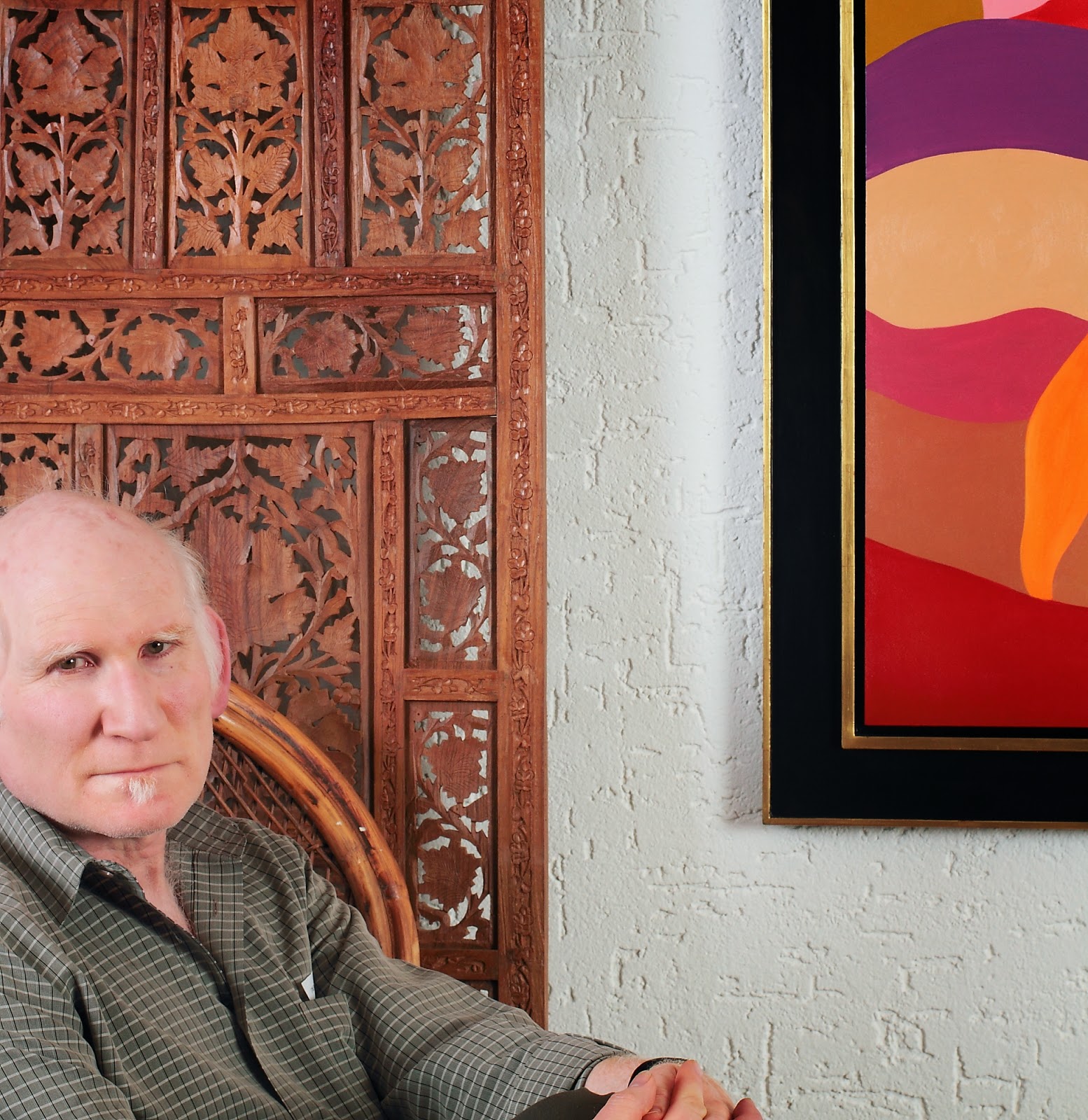 JOOST DE JONGE: THE ARCHAEOLOGY OF PERSONHOOD
By Peter Frank

"I do not say that form is the allegory or the symbol of feeling, but, rather, its innermost activity. Form activates feeling. Let us say, if you like, that art not only clothes sensibility with a form, but that art also awakens form in sensibility. And yet, no matter what position we take, it is eventually to form that we must always come. "

– Henri Focillon (trans. Charles B. Hogan and George Kubler), The Life of Forms in Art-

Joost de Jonge’s series “The Archaeology of Personhood” takes its title, and to some extent its inspiration, from the book published a decade ago (London and New York: Routledge, 2004) by Chris Fowler. In his study Fowler considers the emergence of a condition of self-aware individuality among pre-historic peoples; and, indeed, in his painting – as much as ever, but now with a more articulated self-consciousness – de Jonge advances a distinctive personality, one derived from exposure to many other distinctive personalities and carefully formulated, even hard-won, in the wake of such models. At the same time, de Jonge reverses the semantic implications of Fowler’s title: while Fowler, the scientist, looks archaeologically at how the notion of “personhood” emerged in early man, de Jonge, the artist, looks artistically at how an archaeological assessment of his own personhood is revealed – and at the same time obscured, or at least complectified – in his painterly production.

This is not to imply that there is something retrospective in de Jonge’s self-archaeological investigation. In fact, he examines less the accretion of his own modes or gestures than he does the contexts in which he has generated such modes and gestures – namely, the assertion and elaboration of form, and the extra-formal concerns that assertion and elaboration implies. De Jonge, as ever, avers that the poetry of perception he seeks to set in motion rests not in overtly described subject matter but in form itself. He gives full credence to the power of shape, a power wielded not through reference or suggestion but through presence and basic affect.

De Jonge, an artist unusually swayed by music and philosophy, relies entirely on abstract, a-referential shapes, colors, and compositions. In great part to reassert this reliance, he has added a quality – more a condition than a mere effect – to his repertory of forms and methods. Once satisfied to describe and elaborate compositions entirely upon the picture plane, he now proposes to articulate that plane by “extending” it with passages of texture. De Jonge has not changed his organic-geometric vocabulary, but has enlivened it with emphatically contrasting passages in which his normal bright, flat hues give way to knots and clusters of agitated brushstroke and mixed and muddied color. “Most important to me now is the gestural,” de Jonge has noted, “how that relates to an expression of movement, of presence of a human as such, the organic quality of the paint, the purity of the material.” With seemingly incongruous, unclear moments of vigorous brushwork within each otherwise “lucid” painting, de Jonge thus returns the physical factors of pigment and human hand to an otherwise inert, implicitly dematerialized painterly practice.

Given de Jonge’s spiritual leanings, these rough passages among smooth re-introduce the physical, even profane, into a rarefied realm of contemplation. This dichotomy of sensibility characterizes the tradition of northern European art, especially modernism , which de Jonge has always considered his heritage, tying him to expressionism and geometricism at once, and especially to those (notably Dutch) artists who would find the sacred in the profane and vice versa. The examples of painters as diverse as Theo van Doesburg and Karel Appel (to name two prominent modernists) or Jacob Bendien and Janus de Winter (to name two more obscure ones) have served as ideological and spiritual touchstones for de Jonge in this evolution. He frequents collections such as the Kröller-Müller Museum’s, the Haags Gemeentemuseum’s, and the Kunstsammlung Nordrhein-Westfalen’s in search of more than purely pictorial inspiration. Indeed, you could call these museums, and others, the cathedrals for his worship. But in the period of transition and clarification that has led to and now feeds the “Archaeology of Personhood” series, these temples of art have been a particular redoubt for the painter, providing not just reassurance but renewal.

With the “Archaeology of Personhood” paintings Joost de Jonge’s neo-modernist adventure has taken a turn that reifies many of the principles and practices of modernist art and counters many others. The “purity” so much modernist thought and practice sought has been abandoned for a more complex goal, one of elevated reality – a reality removed from the mundane by abstraction but kept “real” through physical and visual variation, pointed dissonance within the harmonization of color and form. Just as personhood comprises complexity and contradiction, so, in de Jonge’s hands, does its archaeology.

Especially Peter Frank's talk about me is solid!